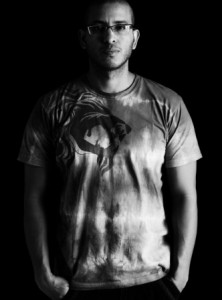 Born in Belize and raised in New York City during the birth of hip hop, MKL has a wide spectrum of influence embedded in his art. As a DJ, his desire to blend genres and flex his appreciation for music is focused around community – the end goal is to bring people together. “It was the mixing aspect that really drew me in,” he says. “The ability to take people on a journey via projection of one’s own vibe was the art form I fell in love with.” After twenty years behind the decks and about ten as a producer, Michael K Lopez founded Lion1music, which serves as the ultimate outlet for his vision as an artist in the electronic music community.

MKL’s original material started with 3 Generations Walking, a production effort shared with Herman Pearl, a.k.a. Soy Sos. The pair’s debut, Moments of My Life, was released on Night Grooves, a label that has also put out records by Ron Trent, DJ Pierre and Osunlade. At the same time, the duo began releasing remixes and MKL’s first contribution to Wave Music – the celebrated label founded by the legendary Francois K – was remixing Calm’s “People From The Earth & The Sun” with Soy Sos, which was released on a single alongside a remix from Dixon. Shortly after that, the 3 Generations team worked with Femi Kuti’s “What Tomorrow Will Bring” and put the remix out with Spiritual Life Music, a label that combined world music and soulful house. Their biggest hit was 3 Generations Walking’s “Slavery Days.” It features Chilean vocalist Claudia Acuna and has been re-released on Lion1music and licensed to at least ten compilations. In 2008, MKL remixed John Legend’s“Green Light,” giving it a dubstep makeover for the single’s Sony/BMG release.

“Seven Times” – Lion1music’s first release in 2004 – was a 12” that blended future jazz and deep house and utilized the production chemistry that had developed between Michael Lopez and Herman Pearl. Still putting out records on a frequent basis, Lion1music has released new material from Chris Brann & Mia Tuttavilla, DJ Yellow & Astrid Suryanto, Zapology and Slam Mode in 2009. Additionally, MKL started the Tribe collection – a diverse collection of 3-track EPs that cross a variety of genres and feature artists that MKL stands behind as innovative and influential producers. « The goal is to bring different musical communities together under one banner and, in the process, increase the global awareness of Lion1music,” explains MKL. “We’re a progressive label for progressive music of all genres. »

Lopez is also a passionate photographer, and his work has been featured in Esquire, Fortune, Wired, Vibe, The Source, New York magazine and the New York Times. He has an eye for graphic design, and his visual inclination has led established fashion designers and choreographers to seek his talents. When asked how he balances out all of his artistic endeavors, MKL states, « I really just do what I enjoy doing. »

Your best bar/pub in Brooklyn?
Olivino

Any news (releases, events or others) ?
“MKL presents “Mangrove” will be in stores including Itunes & Amazon any
day now.