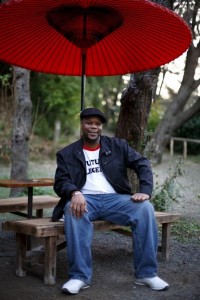 Hailing from the Beverly area on the South Side of Chicago, Jamie 3:26 has garnered recognition in his own right, and poised to unleash a barrage of hot music on the populous, Jamie 3:26 is cast becoming a music phenomenon.

Exposure to the DJ culture was inevitability as that he was surrounded by it at home and in his neighborhood. When he was 16, growing up in Chi-Town, he frequently hit the local dance clubs. Eventually he took notice of the DJ’s role.

“I then noticed how the DJ was really the one who created the vibe of the party. He had full control of the night, and the party people. »

He soon got a break to play a local spot and the rush from commanding the decks inspired him to dabble into Mixing and Re-Mixing, the latter with a boom-box, doing pause mixing tunes he would record off the radio. He is intrigued by the creation process of music. Whether it is mixing, creating tracks, or remixing, his passion to put tunes together and making new sounds is an innate ability. Instinctively he weaves a fabric of sound that permeates the room and blankets partygoers with lively, soulful spirit. The proof of this is the caliber of talent that continues to reach for him to this day. Music legends such as Marshall Jefferson, Chip E. Anthony Nicholson, Glen Underground, Boo Williams and Paul Johnson, have all collaborated with Jamie to turn out some of the hottest dance tunes to date. He has recently released his Basement Edits series on ParteHarty Records label and both issues have since sold out worldwide.

Over the years, as his talent expanded, he had several well known residencies including: The Note and Evil Olive, where his brand excelled. Drawing crowds of partiers that he cultivated at previous Chicago hot-spots such as The Basement, The Concrete Jungle and Red No. 5. Nationally he has played at The Shelbourne in South Beach, Florida as well as Sullivan Room in New York City. Most recently he has gone international having made appearances at Djoon in Paris, Salon in Tokyo, and many other clubs.

To Jamie 3:26 music is spiritual and personal.

« It’s a way that I can express myself without saying one word. It’s my outlet. »

Driven by the desire to allow people to loose themselves on the floor and forget their problems, Jamie keeps his irons in the fire. He always seeks out new and fresh sounds. It could be a song from 30 years ago or a new jam, as long as it has a great groove, he’s interested in it. When he plays, his main goal is to connect with the crowd. He feeds off of their energy. He has the uncanny ability to read a floor and switch the groove without losing them. Directing them to places he wants them to go is what sets him apart from many other DJ’s. His future is with a full production company producing more than just dance hits. He embraces technology, including DAW programs for musical production and soon will be shopping a hot new EP he is working on.

-« Music has taken me to places in the world I never thought I would see. I have been able to travel and visit many countries and cities. I also have been able to mentally escape from some of the problems I may have been having, due to me being into music. It has literally saved my life. »